Deep in the recesses of our cellar, throughout this long and dark winter season, something wonderful has been fermenting…

Chances are you’ve never heard of the Oraniensteiner before. And if you have, then this very likely isn’t your first time at the Back Door Winery! This funny little grape, pale skinned and oddly freckled, has quite surprisingly emerged as one of our utmost popular wines. Complete with a loyal following who are known to undertake great distances to snap up bottles of this precious gift of a wine before it's too late.

For those of you who’ve been around since the birth of our industry this peculiar German grape with its rather intimidating name (and you though Gewürztraminer was a mouth-full!) might just ring a bell. In the early days of the Okanagan Valley’s wine industry the Oraniensteiner was one of the first grapes to be rooted in our soils. Carried over from the northern reaches of Germany’s Rhine Valley by the Zeller family. But unfortunately, the 'Big O' (as we like to call it) seems to have disappeared from our region just as quickly as it arrived.

It’s been an uphill battle for this curious little grape. Something of an outsider to the vitus family of wine grapes, the Oraniensteiner demands unique growing conditions, and is confined to only two slivers of terroir here in the Okanagan – both of which are distinct microclimates. Long shunned in Germany and around the world for its difficulties in both the vineyard and the cellar, Oraniensteiner would likely be an extinct grape today, were it not for the committed efforts of a few remaining fans in the viticultural world, those of us at the Back Door Winery being one of them.

Unlike the greater majority of German white varietals, Oraniensteiner is dry rather than sweet, but distinguished by its strong, crisp taste of Grapefruit. It emerged last spring at the Back Door Winery from its long history in the shadows of the wine world to popular acclaim, becoming one of our most popular and well known wines! And selling out at a remarkable speed.

The Oranienstiner’s loyalists will undoubtedly be preparing to hit the road with our announcement today that the 2017 Back Door Winery Oraniensteiner will be released at a soon-to-be announced date in late April. So keep your schedules open and Wine Club members, take special note: because this varietal never lasts long on our Wine Shop’s shelves... 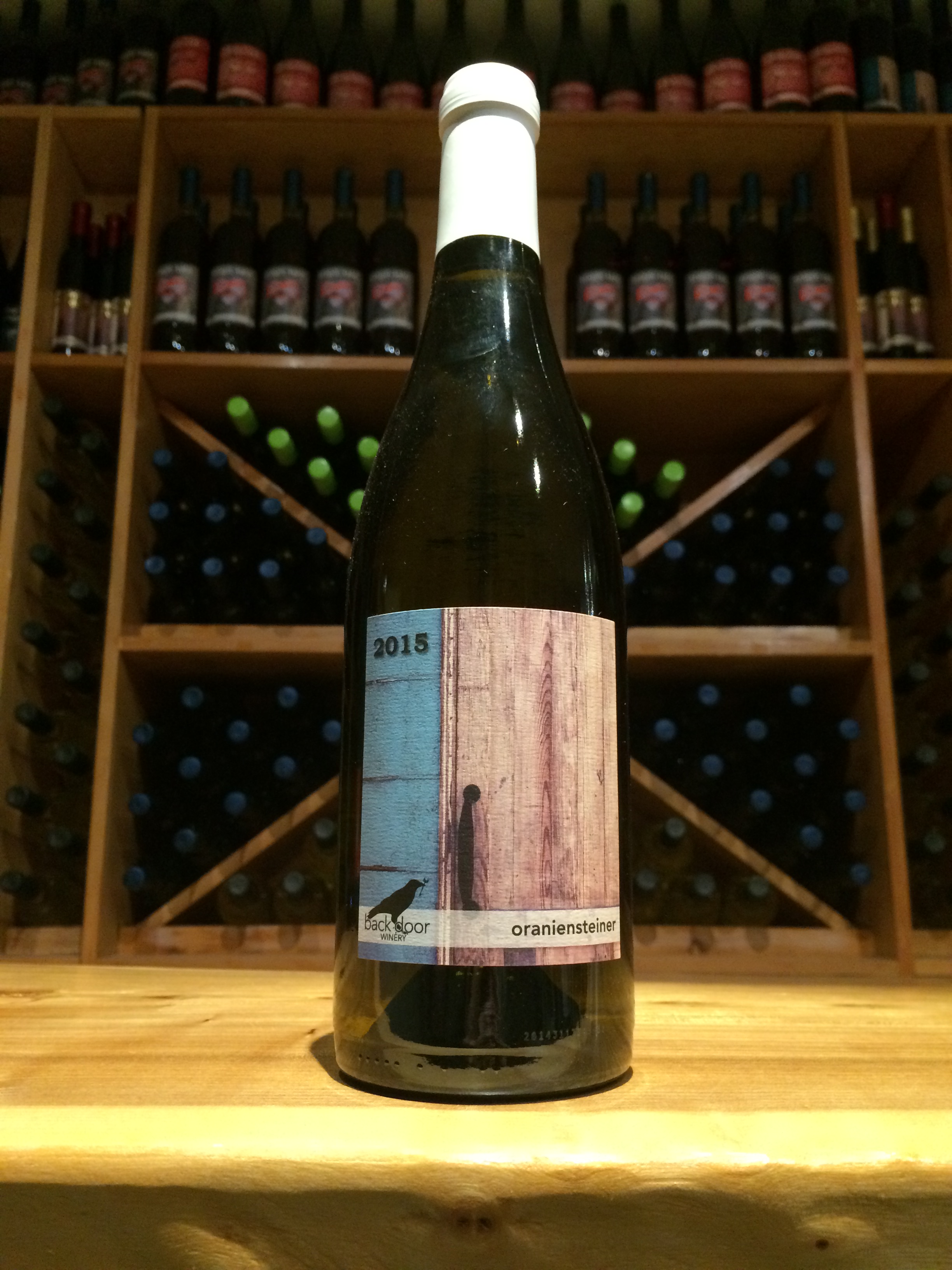 Ann
@ Apr 28, 2018 at 2:40 AM
http://www.essayjaguar.com/
Thanks for sharing tremendous information’s. Your web-site is so calm. I am really loves your publishes. It was very interesting! I’m frightened by the details that you have on this blog. It discloses how properly you understand this subject. Bookmarked this web page, will come back for more articles. I found only the information I already searched all over the place and purely could not come across. What a great website.

Join our newsletter list to find out about our BC Wines, Summerland Winery Events, Sales, and more.